The San Emidio Desert basin is an alkali playa environment underlain by unconsolidated sediments and clays being fed by lithium bearing geothermal fluids (US. Geothermal analyses) reported in bounding faults, and/or faults along the east side of the basin. Since mid-Tertiary, the rocks on the eastern edge of the San Emidio Desert have undergone extensive hydrothermal alteration and the presence of near-surface thermal fluids, suggest that the thermal fluids represent deep circulation of meteoric water (Moore, J.N., 1997).

The property adjoins the Empire geothermal power plant with production of 4.6 MW of electricity from a 155°C resource thereby providing a substantial heat source for the circulation of meteoric groundwater believed important in the formation of lithium brine deposits as found at Clayton Valley, Nevada host to North Americas preeminent lithium brine production. US Geothermal has reported anomalous lithium values in the trace element analysis of their geothermal brines at Empire (USGS-Report 87-4062).

Previous work by other operators exploring the playa have reported lithium value in sediments up to 312 ppm and the average of sampling being in the order of 250 ppm.

No royalties, option payments or work expenditures have been incurred as a result of the acquisition of the San Emidio lithium exploration project. 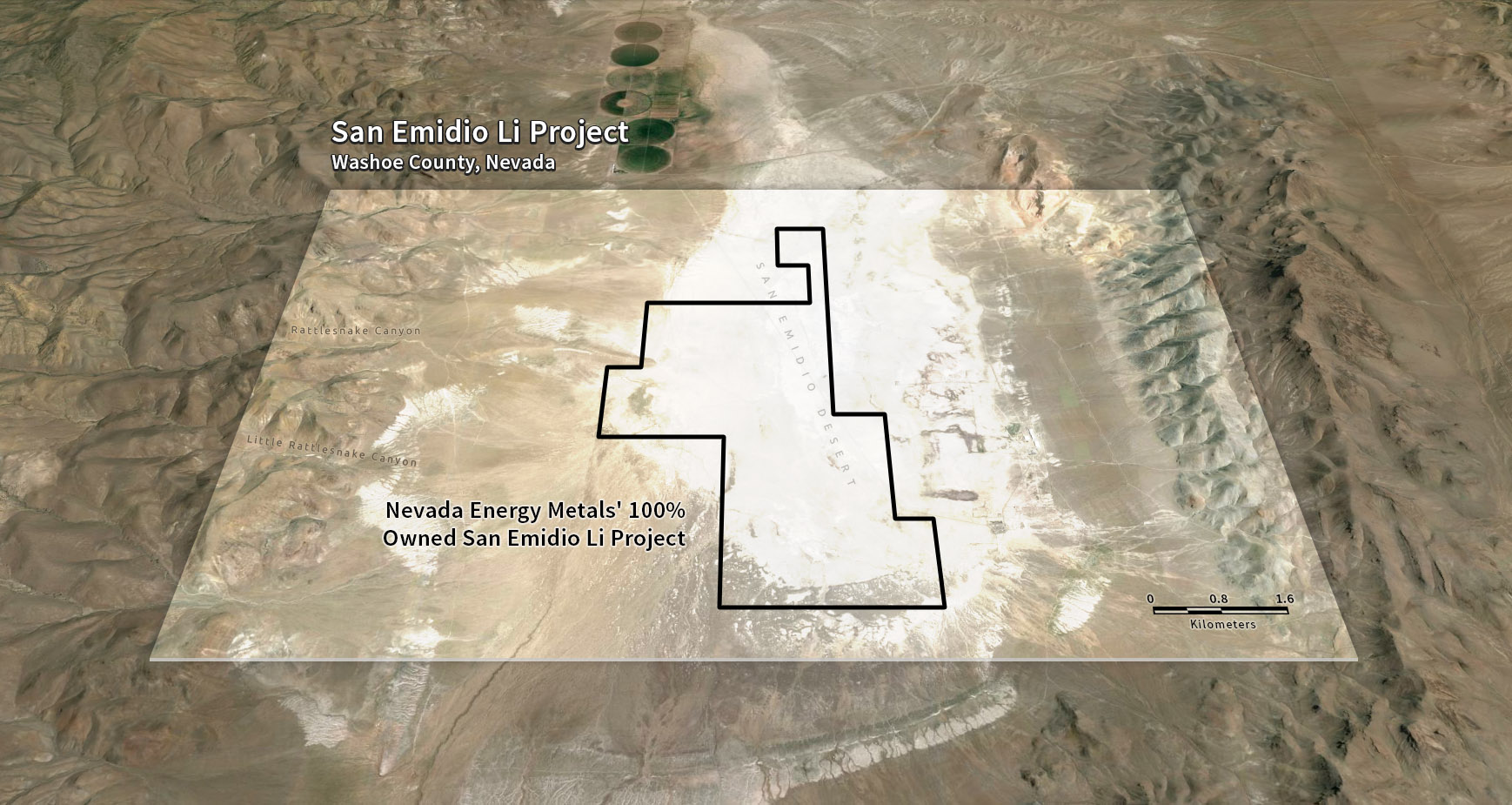 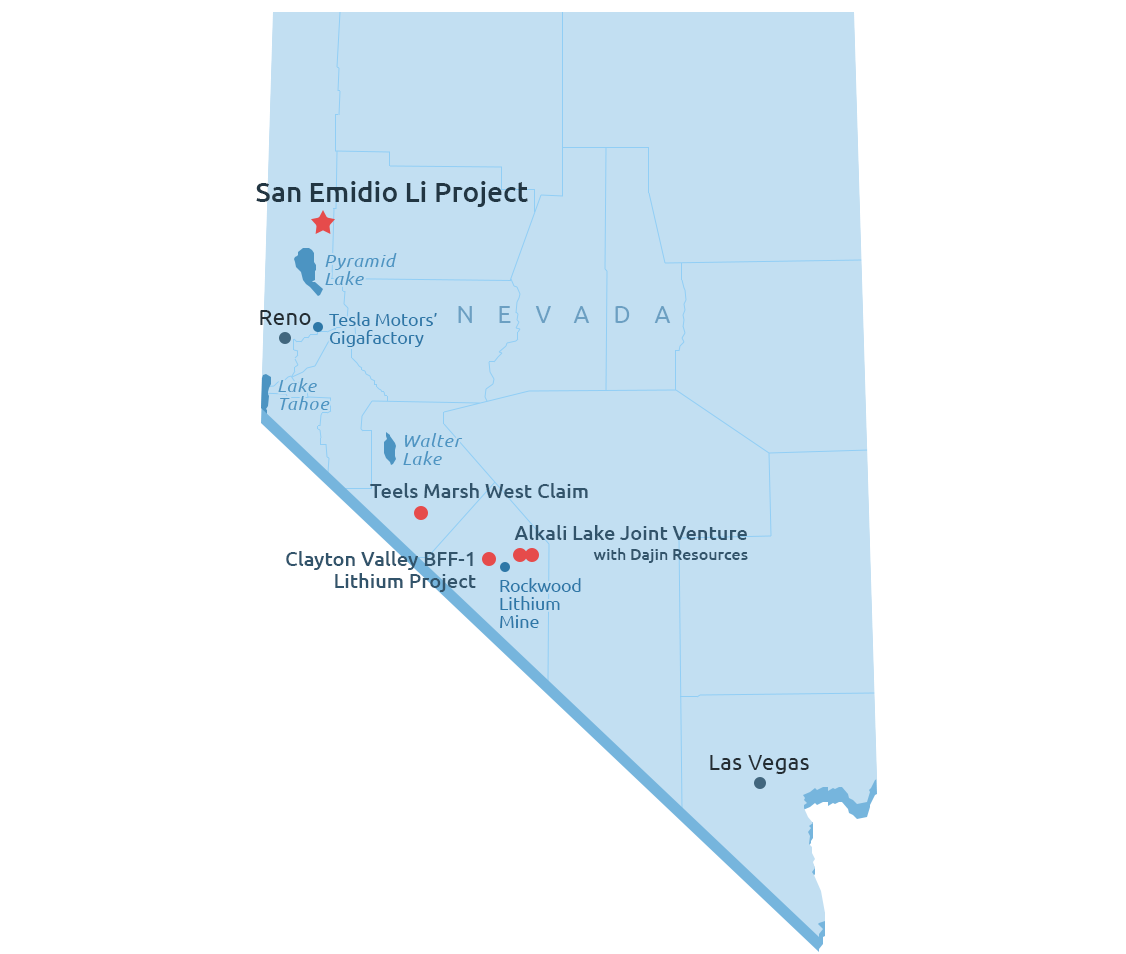