With the rise of the Internet and related technologies, battery performance evolved from a convenient technology to the foremost limiting factor in the wildly successful consumer electronic markets.

Lithium is one element that has proved to satisfy the dozens of necessary specifications.

Lithium gained its traction partly because it was one of the elements that had been studied and tested the longest. Major companies such as Sony and Panasonic got behind lithium as an anchor material in a possible successor to the lead-acid battery paradigm. Although it took decades, lithium-based batteries are now the industry standard.

Lithium, the third element in the periodic table, is a soft, silver-white metal the lightest and least dense solid element on the planet. Lithium is highly reactive. Because of its high reactivity, lithium does not occur as a pure element in nature but is contained within minerals in a range of hard rock types or in brine solutions (elements contained in salty water) in salt lakes, “salars.” Lithium’s primary driver for growth is:

The most important use of lithium is in rechargeable lithium-ion batteries for electric vehicles, grid-scale energy storage, phones, laptops, cameras, gaming consoles and hundreds of other electronic devices. Lithium-ion batteries are increasingly used for bikes, power tools, forklifts, cranes and other industrial equipment. In essence, lithium powers modern technology.

Benchmark Mineral Intelligence estimates that the

“EV market will grow five-fold between 2015 and 2020 while the market for stationary storage will increase 8-fold.”

We have already seen Tesla increase the land holding of their $5 billion under-construction lithium-ion battery factory and Faraday Future strike a deal to build a $1 billion electric car plant.

The most important use of lithium is in rechargeable lithium-ion batteries for electric vehicles, grid-scale energy storage, phones, laptops, cameras and hundreds of other electronic devices.

Due to its unique properties, lithium metal is combined with aluminum and magnesium to form strong and lightweight alloys for armor, plating, aircraft, trains autos, sports equipment and bicycles.

Lithium chloride is one of the most hygroscopic materials known, and is used in air conditioning and industrial drying systems.

Lithium is used as an all-purpose, high-temperature resistant lubricant that adheres particularly well to metal and is non-corrosive.

Alarming evidence of climate change in the 1970s (increased droughts & flooding, sickening air pollution) led to a frenzied search for clean, green energy solutions. In fighting climate change, the transportation industry was first to be targeted.

Each year the list of Electric Vehicles (EVs) grows, and we have reached a time where nearly every major automaker has plans to, or is producing, a fully electric vehicle. Demand for EVs and other transportation modes such as electric buses, electric trucks and even electric planes, is rapidly increasing. Perhaps nothing is more symbolic of the dangers of climate change than elevated levels of smog.

Take China for example. China is suffering from unacceptable air pollution in many of its largest cities. For decades, China’s consumption of electricity increased by 10% or more annually. The burning of coal to generate electricity was, and still is, the primary driver. Continued coal utilization, combined with the ever-growing use and need for transportation, explains, in part, China’s current situation.

Possibly even more important than EVs in the climate change battle is the efficient storage of energy produced by renewable, yet cyclical, power sources like wind & solar so that they may be used without interruption. Since the generation of electricity from wind & solar is, on average, “switched on” just 20% to 30% of the time, only batteries can make green alternatives viable.

Battery storage of solar & wind power may prove to be the single most important deterrent of climate change for decades to come.

As stated by The Economist

“Increasingly, lithium is becoming to batteries what silicon is to semiconductors—prevalent, even among worthy alternatives. In one form or another, the lithium-ion battery is the technology of our time.”

Due to lithium’s key role in batteries, and the ever expanding need of batteries to power our modern lives, lithium seems untouched by economic downturns.

Notwithstanding global growth or any other factor, two of the most important ways to lessen the effects of climate change and air pollution are EVs and grid-scale renewable energy storage. Both these technologies rely largely on lithium-ion batteries.

While lithium is not always deemed a true commodity, but rather, one of a small handful of specialty, “green energy metals.” Key to any specialty material, lithium has limited economically viable, wide-scale substitutes

Security of supply is incredibly important and supportive of robust demand. Lithium is sourced from a number of moderate-to-highly unreliable countries including, Chile, Argentina, China, Zimbabwe and Brazil.

Even in slow global growth or recessionary environments, the increasing number of end uses results in overall lithium demand remaining strong, even as demand for existing uses declines.

Proof of unstoppable lithium demand can be found in the fact that even though natural gas, coal & gasoline prices are down 50% or more, lithium prices increased by about 20% in 2014 and by a larger percentage in 2015. 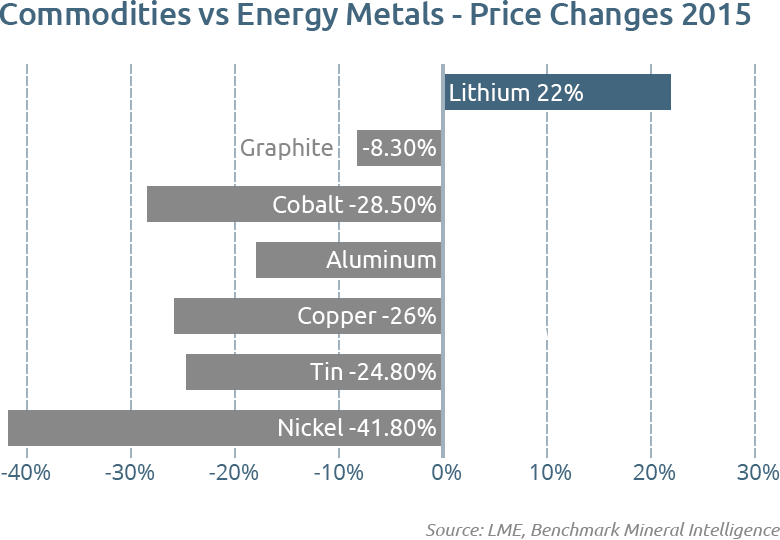 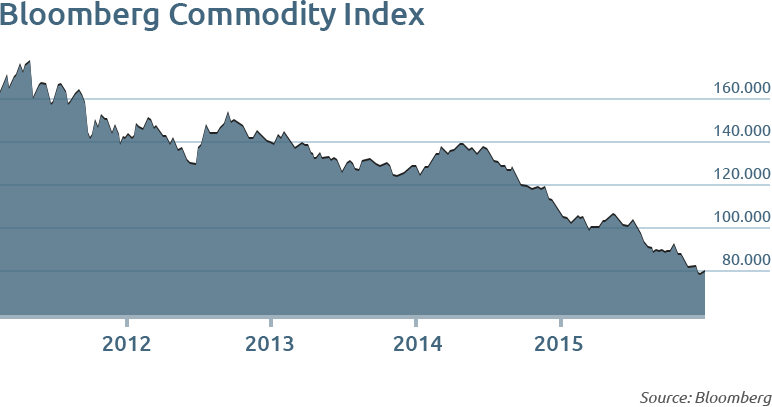 “Due to lithium’s key role in batteries, and the ever expanding need of batteries to power our modern lives, lithium seems untouched by economic downturns.”

Musk: “You could take a corner of Utah and Nevada and power the entire United States with solar power.”