Nevada Energy Metals has acquired, by staking, 100 placer claims covering 2000 acres (809 hectares) at Teels Marsh, Nevada. The property, called Teels Marsh West is highly prospective for Lithium brines and is located approximately 48 miles northwest of Clayton Valley and the Rockwood Lithium Mine, North America’s only producing brine based Lithium mine supporting lithium production since 1967. Access to Teels Marsh is via dirt road, west of Highway 95 and northwest of Highway 360.

Teels Marsh West is a highly prospective Lithium exploration project, 100% owned without any royalties, located on the western part of a large evaporation pond, or playa (also known as a salar). Structural analysis reveals that Teels Marsh is bounded by faults and is tectonically active. Tectonic activities supply additional local permeability that could be provided by the faults that bound the graben and sub-basins.

Shallow auger holes and drill-holes (<60 m) show that unconsolidated basin fill deposits include clays, clastic rocks silts and sands), evaporate deposits, and volcanic ash. With the exception of clays, these rocks represent potential sources of permeability. Volcanic ash beds could host significant zones of permeability, due to the relative proximity of Teels Marsh to young volcanic centers at Mono Craters (near Mono Lake) and Long Valley, California, both located approximately 70 km to the southwest. These ash layers have proven to be the most productive brine sources in Clayton Valley (an active geothermal area). The Bishop Tuff, which is believed to represent an important zone of permeability at Clayton Valley, (site of active lithium production 80 km to the SE) is likely present in the subsurface at Teels Marsh.

Direct evidence of an active geothermal system in the Teels Marsh area has recently been gathered by researchers at the Nevada Bureau of Mines and Geology, University of Nevada, Reno and the Desert Research Institute. This evidence comes from mapping anomalously high temperatures at a depth of only 2 meters below the basin surface: these temperatures are as high at 35C compared to background temperatures of approximately 16-18C. The temperature anomalies occur in two separate zones, both of which are adjacent to a Quaternary fault on the western margin of Teels Marsh basin. The two temperature anomalies have a combined strike length parallel to the fault of almost 4 km. A USGS geochemical survey conducted in 1976 reported lithium values as high as 850 ppm from samples taken from springs marginal to these fault structures.

Nevada Energy Metals collected twenty-seven shallow auger sediment samples from the Teels Marsh West Project area from April 18 – 20, 2016. The sampling program was primarily a test of the sampling method to see if it could be used to collect samples beneath low sand dunes and alluvial gravel. This goal was met in most locations.

Samples were collected using a powered auger to reach a maximum depth of 2.9 meters (9.5 ft.) below the surface. The holes were initially drilled with an electric auger and bottom hole samples were collected with a hand tulip style sampler. Sampling was conducted by Pediment Gold LLC of Sparks, Nevada. Samples were collected on site and transported to the ALS Global preparation facility in Elko, Nevada by the Nevada Energy Metals project geologist. Samples were analyzed by ALS using their MEMS41 multi-element package. QA/QC standards and blanks were inserted into the sample stream to assure accuracy. 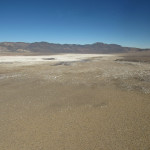 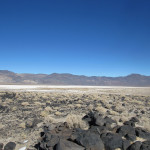 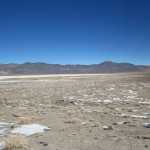 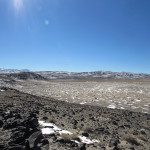 Teel’s Marsh was once the site of the largest borax operation in the world, started by “Borax” Smith in 1872. 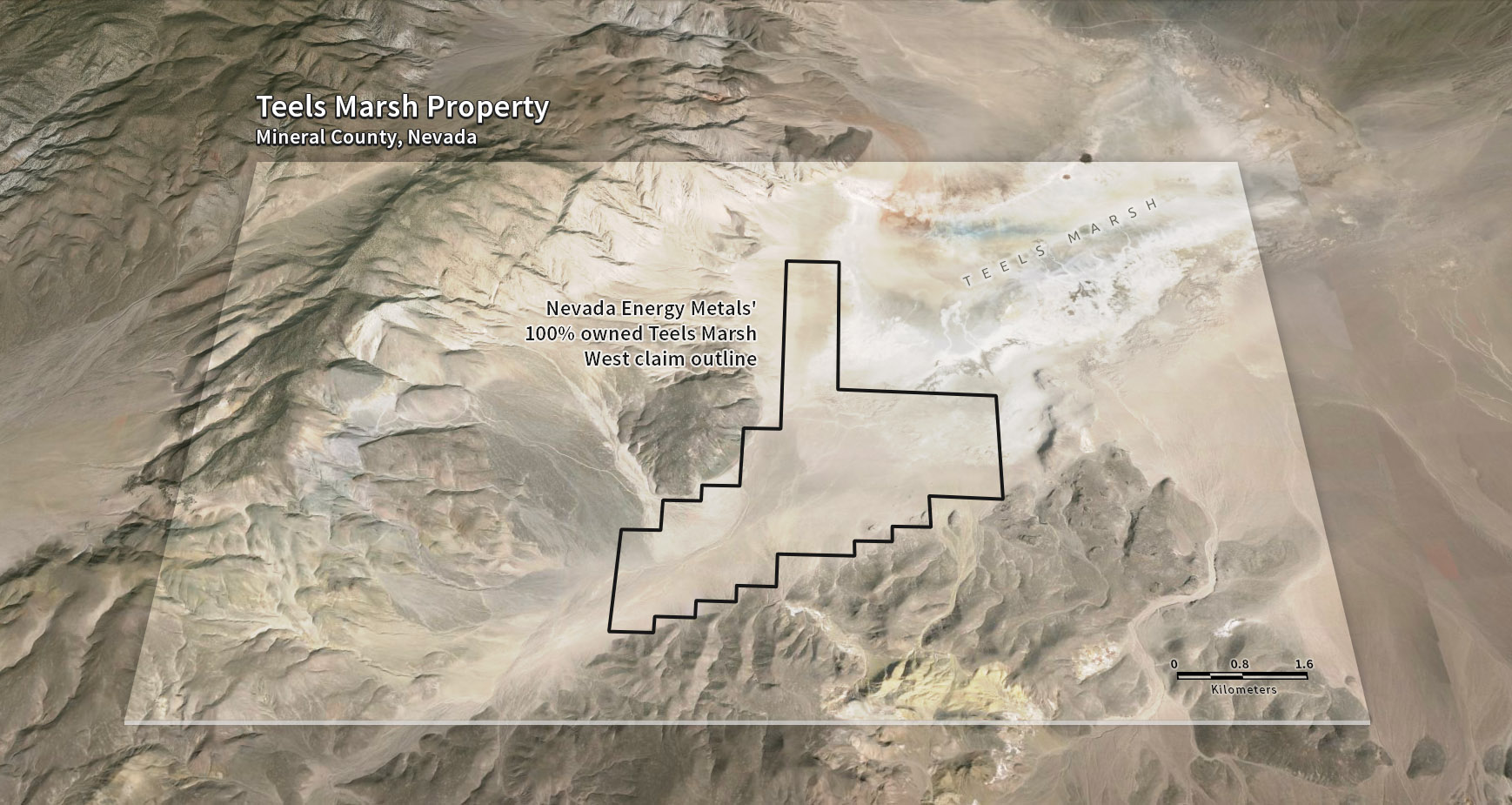